The dad-of-three has launched a new gin brand with his friends James Haskell and Alex Payne, who are also the co-hosts of his show, The Good, the Bad & The Rugby.

SEE: Mike Tindall pleads with fans ahead of life-changing experience

Called Blackeye, the spirit comes in a distinctive black bottle and costs £40 for an unsigned bottle and £60 for a signed one.

No doubt the Queen will appreciate her grandson-in-law’s endeavours, because she is known to enjoy gin herself from time to time – as well as to sell it!

WATCH: Mike Tindall comes out in support of James Haskell

The Buckingham Palace shop offers a bottle of dry gin for £40, which is infused with 12 botanicals from the Palace gardens, including lemon verbena and mulberry leaves.

READ: Why Zara Tindall and husband Mike never use the Royal Box at Wimbledon

The Queen Mother was also a fan of gin, typically enjoying a gin cocktail with Dubonnet, a French aperitif made from fortified wine. 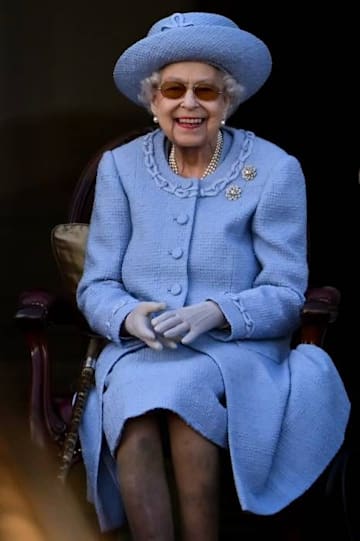 The Queen sells gin via the Buckingham Palace shop

Mike has been busy lately, with the live tour of The Good, the Bad & The Rugby taking place across the UK.

He also attended Wimbledon with his wife earlier this week, and was a prominent figure at the Queen’s Platinum Jubilee celebrations.

He drew attention for one moment in particular, when he was seen interacting with young Prince Louis during the Jubilee Pageant! 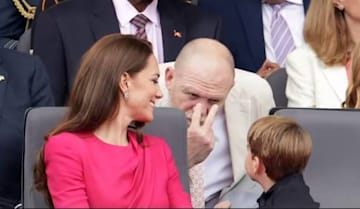 Mike joked with Prince Louis during the Jubilee celebrations

The retired sports star was pictured giving the Duke and Duchess of Cambridge’s youngest son a tongue-in-cheek warning, gesturing to Louis that he was keeping an eye on him.

On a later episode of Mike’s popular podcast, he was quizzed by his co-hosts about what exactly had happened. “Mike was keeping the future king’s children in line,” joked James, to which Alex replied: “What were you actually doing at that point, with the old [eye gesture]?”

“I actually can’t remember, I can’t remember what he was doing,” Mike replied, before adding: “He’s such a good character he is, Louis.”

Make sure you never miss a ROYAL story! Sign up to our newsletter to get all of our celebrity and royal news delivered directly to your inbox.