Singing sensation Kimberley Walsh exclusively revealed to HELLO! why she will not be attending the upcoming Girls Aloud reunion which is set to take place later this month.

Kimberely, 40, explained her absence from the Race For Life, will be a “blessing in disguise,” while other members of the iconic girl group are set to meet, to honour their former bandmate Sarah Harding who sadly passed away last year due to breast cancer.

WATCH: Behind the scenes of HELLO!’s Star Mums photoshoot

Kimberley will be taking part in the race remotely from Ibiza. She said: “Part of me thinks it’s a blessing in disguise because I’d be so emotional I wouldn’t be able to set off on the run.”

SEE: Kimberley Walsh’s £31 floral top is a must-have for spring

“I’m gutted about (missing the race) because me and my family had already planned to be away celebrating my mum’s 70th birthday so it’s not something I can shift. 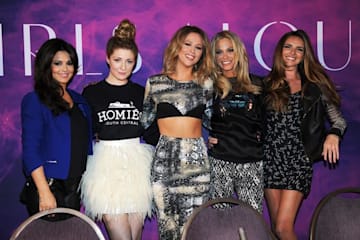 Kimberley and Sarah were in Girls Aloud together

“There’s fifteen of us going – a lot of family out there for these few days. I will literally just be there on FaceTime the whole time, the whole way round and try to document my whole run. My sisters will run with me, I’m sure and they’ll support me and get me through it.”

The mother-of-three explained she now, more than ever, realises the importance of making memories with loved ones since Sarah’s passing. She continued: “You’ve really got to make the most of these big milestones. 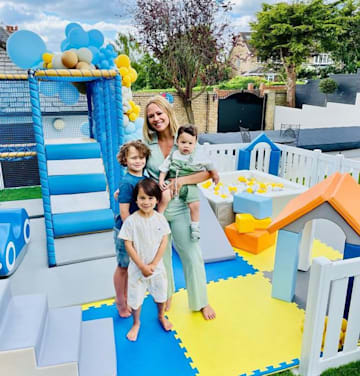 Kimberley is a doting mother-of-three

“We just really want to have the most amazing 70th birthday and make sure that we mark it. It’s actually even more important that I make this special for her as well.”

Kimberley will be jetting off with her three young boys Bobby, seven, Cole, five, and Nate, one, who was welcomed by the singer and husband Justin Scott in May last year.

The former Pop Idol contestant is currently working with Sky Arts, who have just launched a new nationwide learning programme for Primary Schools to get children to spend more time on the arts.

Kimberely explained, the campaign is very close to her heart as her boys, especially little Bobby and baby Nate, certainly appear to want to follow in their mother’s footsteps as they love pretending to be in a band together. 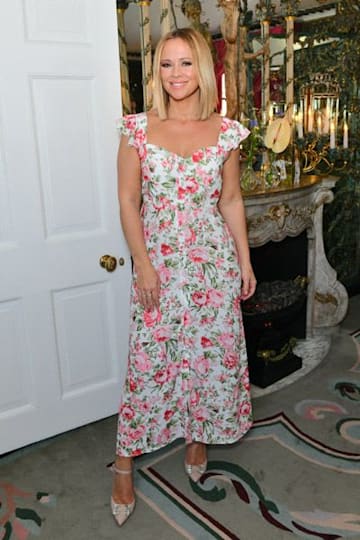 The star explained son Bobby has a “natural flare” for all things musical. “He’s so interested in music and writing songs with his friends,” Kimberley added.

According to the star, middle brother Cole “likes this sort of typical maths, science and english subjects. So, you know, he kind of thrives with those. Whereas my older one Bobby shows real signs of feeling much more comfortable and happy when he’s doing the more artistic lessons.”

Despite Cole’s academic preferences, Kimberely confessed that doesn’t stop him getting involved in Bobby’s musical antics, “he still loves to partake in Bobby’s band, but he is generally put as backing singer,” Kimberely enthused.

As for baby Nate, Kimberely said the baby has taken a penchant to Disney’s Encanto soundtrack.

She explained: “You literally put music on and he starts dancing in his high chair and feels the music. If he’s in a bit of a grumpy mood as soon as I put the music on he’s fine again.

“He’s loving the Encanto soundtrack at the moment as most kids are because I think it’s got that Brazilian feel.”