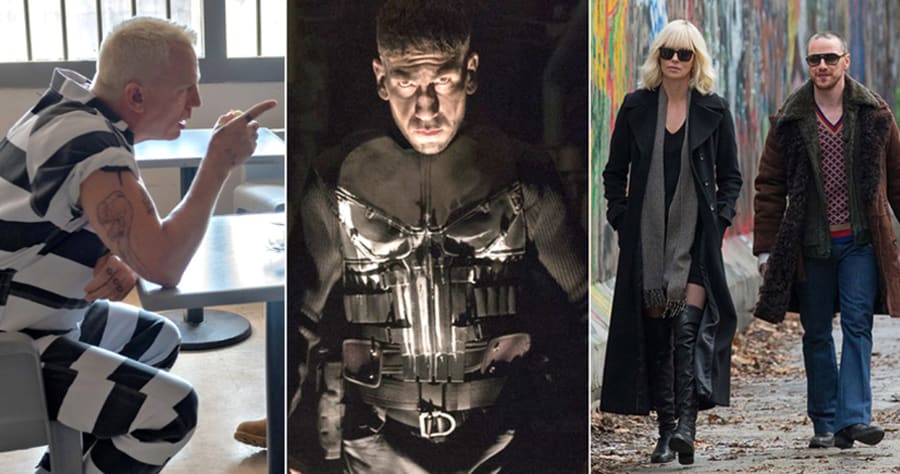 At a loss for what to watch this week? From new DVDs and Blu-rays, to what’s new on Netflix and TV, we’ve got you covered.

New on DVD and Blu-ray

“Atomic Blonde”
Charlize Theron kicks every available a** in this spy action/thriller out on 4K Ultra HD Blu-ray, Blu-ray, and DVD on November 14. Extras include deleted extended/scenes, several behind-the-scenes featurettes on the making of the film, and audio commentary with director David Leitch and editor Elisabet Ronaldsdottir.

“The Nut Job 2: Nutty By Nature”
Surly Squirrel (voiced by Will Arnett) and the gang are back in this family comedy available on Blu-ray, DVD, and On Demand November 14. Extras include feature commentary, a deleted scene, a Concept Art Reel, and Animation Progression Reels.

Check out this exclusive sneak peek from the Animation Progression Reels, with director Cal Brunker showing the development of the animation in the hurricane sequence:“Brigsby Bear”
“Saturday Night Live” writer/director Dave McCary makes his directorial debut in this original comedy starring SNL-er Kyle Mooney as an extremely sheltered young man whose world has just been turned upside down. As he transitions into his new life, he relies on the children’s show he grew up with, “Brigsby Bear,” to get him through. Claire Danes, Mark Hamill, and Greg Kinnear costar in the film, which is out on Blu-ray, DVD, and Digital November 14. The release comes with several extras, including a gag reel, commentary, deleted scenes, and behind-the-scenes featurettes.

Watch this exclusive deleted/extended scene, “This Is The Internet,” featuring Kyle Mooney, Matt Walsh, Michaela Watkins:“The Best of Agatha Christie”
Director/star Kenneth Branagh’s adaptation of Agatha Christie’s “Murder on the Orient Express” hit theaters last week; in its honor, Acorn DVD is releasing a slew of acclaimed TV adaptations from the Queen of Crime. “Agatha Christie’s Murder on the Orient Express,” featuring David Suchet and Jessica Chastain, will be released on DVD November 14. Also on Nov. 14, you can pick up “The Best of Agatha Christie, Volumes 1-2,” featuring the star-studded “The Witness for the Prosecution,” “Hallowe’en Party,” “Death on the Nile,” and “And Then There Were None.” It would make a great Christmas present. Just saying.

• Redbox: New titles coming to the big red box on Tuesday, Nov. 14 include “Girls Trip,” “Wind River,” “Mariah Carey’s All I Want for Christmas Is You,” “Amityville: The Awakening,” “Unlocked,” “American Gunslingers,” “Camera Obscura,” “Radius,” and “The Secret Scripture.” 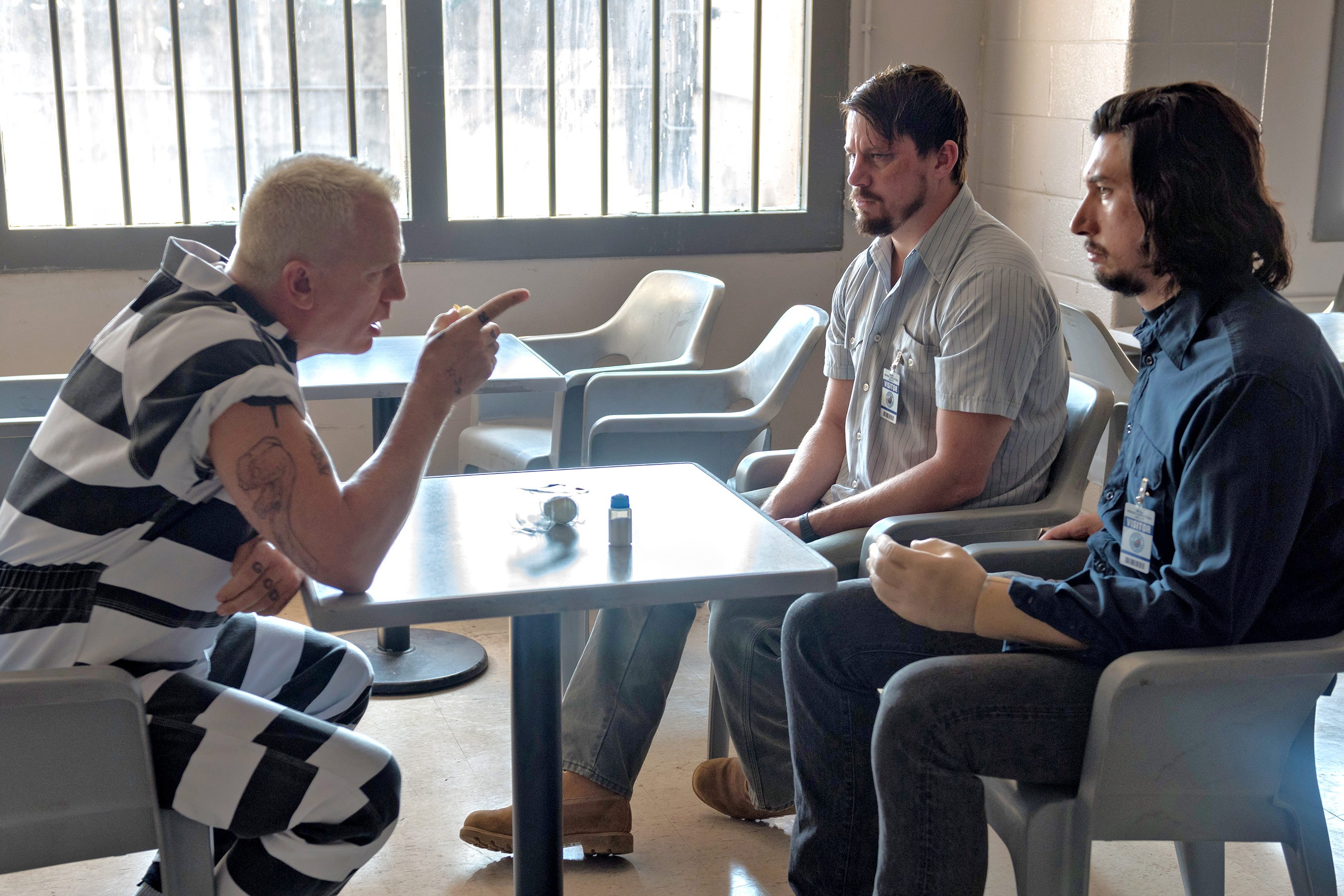 “The Mindy Project” & “Future Man” (Hulu)
Hulu is having a pretty big week. The sixth and final season of Mindy Kaling’s “The Mindy Project” ends on November 14. Say farewell to Dr. Lahiri with the fittingly titled Episode 10, “The Last One.” Also on November 14, Hulu says hello to “Future Man.” Josh Hutcherson stars as “Josh Futturman,” a janitor by day/gamer by night who is recruited by mysterious visitors to travel through time in order to prevent the extinction of humanity. Eliza Coupe, Derek Wilson, Glenne Headly, and Ed Begley Jr. costar. Here’s the “Future Man” trailer:“Almost Friends”
The always delightful Freddie Highmore stars in this comedy-romance arriving in select theaters and On Demand/Digital HD on Friday, Nov. 17:

“Once a promising young chef, Charlie (Highmore) is now an unmotivated 20-something who lives at home with his mom (Marg Helgenberger) and stepfather while working at a small movie theater and living vicariously through his best friend, Ben (Haley Joel Osment). His life takes an unpredictable turn however, when he finds himself falling for local barista Amber (Odeya Rush). Problem is, Amber has her own distractions- her mooching roommate (Jake Abel) a track star boyfriend (Taylor John Smith) and steadfast plans to move to New York City. On top of that, Charlie’s estranged father (Christopher Meloni) unexpectedly re-enters his life just as he begins to take a long, hard look at where he’s going and who he wants to be. With conflict after conflict piling on, will Charlie reach his tipping point or will he finally find the path forward?” 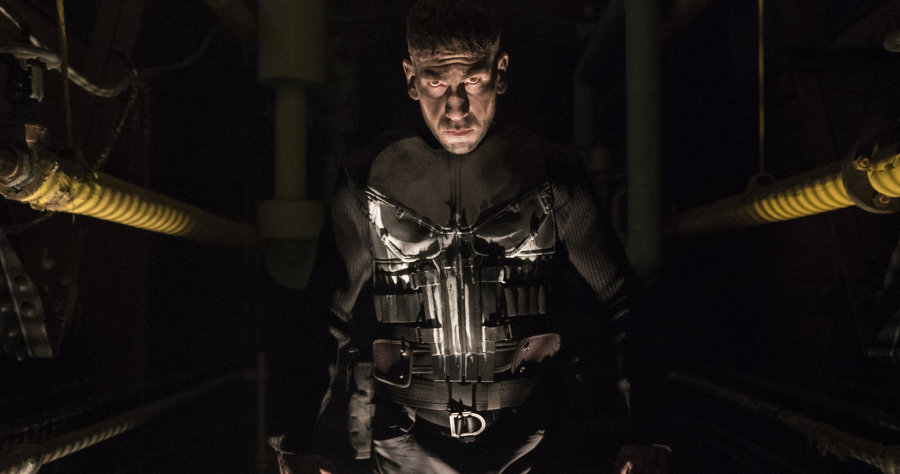 Yasssss. Jon Bernthal’s Frank Castle launches his own series this Friday, November 17 on Netflix. This spinoff from “Marvel’s Daredevil” is also set in the Marvel Cinematic Universe. “After exacting revenge on those responsible for the death of his wife and children, Frank Castle uncovers a conspiracy that runs far deeper than New York’s criminal underworld.” Check out the badass first trailer:“Spirit: Riding Free” Season 3 (Netflix Original)
The first season of DreamWorks Animation Television’s “Spirit Riding Free” premiered in May 2017, based on the 2002 Oscar-nominated movie “Spirit: Stallion of the Cimarron.” Season 2 brought six more episodes in September. Now get ready for the next chapter as Season 3 arrives this Friday, Nov. 17.

Christine Baranski guests stars in Season 3; this exclusive clip features her character, Mrs. McDonnell, who is the one person standing between Lucky and Spirit’s reunion when Spirit is taken away to be sold during the cliffhanger Season 2 finale:“Longmire” Final Season (Netflix Original)
This is it. The Western crime drama aired for three seasons on A&E before Netflix picked it up. Now it’s time for the sixth and final season, streaming November 17 on Netflix: “There’s unfinished business in Absaroka County, and the Sheriff’s Department is back on the case.” Here’s the trailer:“Mudbound” (Netflix Original)
“Mudbound,” based on the novel of the same name by Hillary Jordan, stars Carey Mulligan, Garrett Hedlund, Jason Clarke, Jason Mitchell, and Mary J. Blige. It follows “a pair of World War II veterans who return home to rural Mississippi and must cope with racism and PTSD in their own ways.” Here’s more:

“Laura McAllan is trying to raise her children on her husband’s Mississippi Delta farm, a place she finds foreign and frightening. In the midst of the family’s struggles, two young men return from the war to work the land. Jamie McAllan, Laura’s brother-in-law, is everything her husband is not – charming and handsome, but he is haunted by his memories of combat. Ronsel Jackson, eldest son of the black sharecroppers who live on the McAllan farm, now battles the prejudice in the Jim Crow South.”

Watch the trailer. “Mudbound” premiered at the 2017 Sundance Film Festival and arrives on Netflix November 17. 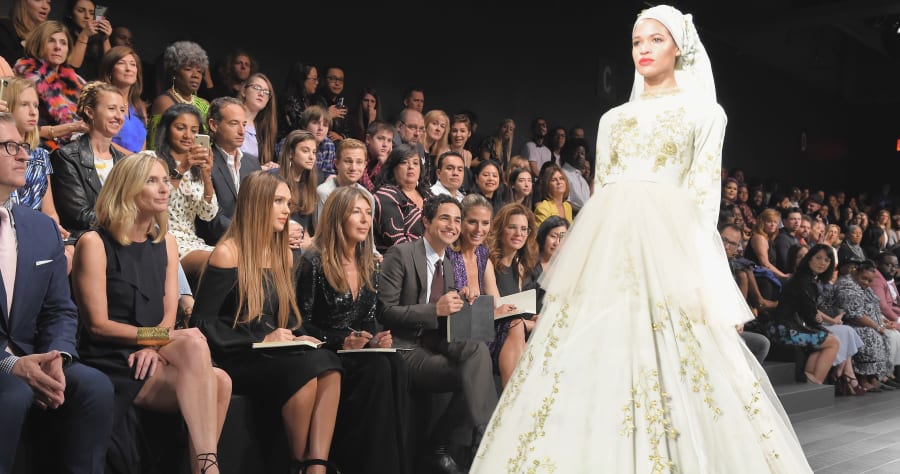 “Project Runway” fans were not happy to see Kenya eliminated before New York Fashion Week, but PR wouldn’t be PR if we weren’t mad about something. The much-too-dramatic Season 16 will end on November 16, and the competition will probably come down to Brandon vs. Ayana. Here’s hoping Ayana takes it over the judges’ perpetual favorite. Check out the finale collections for a full preview.

“Search Party” Season 2 (Sunday on TBS at 10 p.m.)
Alia Shawkat and friends are back for Season 2 of TBS’ acclaimed dark comedy. The new season starts Sunday, Nov. 19 with back-to-back half-hour episodes: “Murder!” and “Conspiracy.” Here are the synopses for both: “After finding Chantal and killing the not-so-villainous Keith, the gang faces the horrifying task of trying to bury a body before the sun comes up,” and “The gang goes on a mission to cover up Keith’s semi-accidental murder and return Chantal to her family, with a few major roadblocks along the way.”

“Ill Behaviour” (Monday on Showtime at 10:30 p.m.)
This six-part comedy thriller from the BBC is headed to Showtime starting Monday, Nov. 13. Lizzy Caplan costars, which is reason enough to watch, but here’s more about the show:

“‘Ill Behaviour’ focuses on Joel (Chris Geere) who uses any methods, conventional or otherwise, to save Charlie (Riley) when Charlie announces that he is abandoning chemotherapy treatment for his cancer. The recently divorced Joel moves in Charlie, who sets him up on a date with Nadia (Lizzy Caplan), a doctor who also happens to be a raging alcoholic. Their connection is complicated by the newest revelation about Charlie’s condition, sending the trio and mutual friend Tess (Jessica Regan) down a reckless path.”