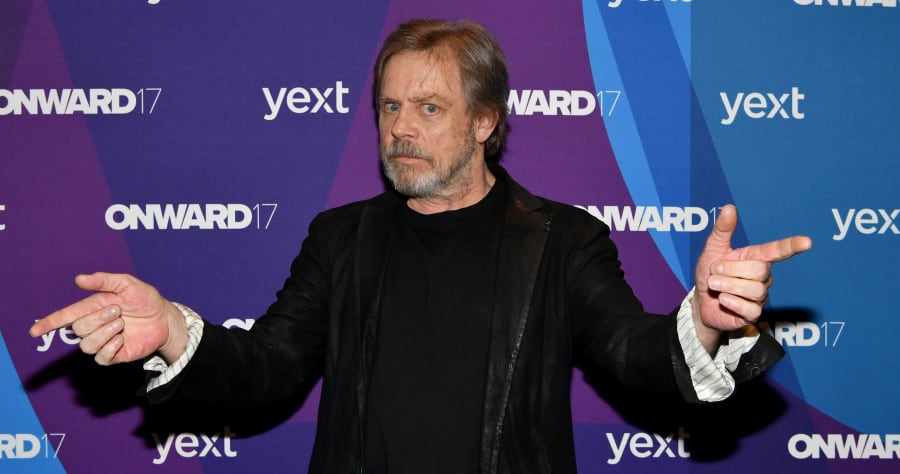 “Star Wars” fans have been counting down the days until “The Last Jedi” hits theaters, and so is star Mark Hamill — though for the actor, the flick’s looming premiere means his days of trolling his followers about spoilers is coming to an end. Or is it?

Over the weekend, the actor tweeted that there were only 33 days left until the “Episode VIII” premiere date, alongside an image of a Porg (the delightful and divisive new furry creatures making their debut in “Last Jedi”) edited into the Edvard Munch painting “The Scream.” But what that really means is that soon, Hamill can’t share hilarious “Star Wars” memes and insinuate that he’s really Rey’s father or the second coming of Darth Vader or some other mind-blowing character development.

When you realize there are only 33 days to troll you until #TheLastJedi. pic.twitter.com/W7zCY22Jpd

Hamill has clearly been having a ball in the lead-up to the “Last Jedi” premiere, toying with spoilerphobes by tweeting lots of cryptic things about Luke Skywalker, especially the character’s foreshadowed connection to the Dark Side of the Force. The actor has previously shared similar “Last Jedi” countdowns, and even tweeted plenty of meta references to his penchant for trolling. (We especially enjoy his continued references to The Beatles tune “Glass Onion” — perhaps one of the earliest instances of an artist blatantly trolling its fans — which calls out the famous conspiracy theory that Paul McCartney had died.)

With a lifetime of trolling experience… Is it any wonder @RealGDT Guilermo del Toro cast me in #Trollhunters? Take me seriously at your own risk. #JokerAndTricksterByTrade #TheLostJedi #WaitForAte 😜 pic.twitter.com/IU1Xxu7szh

Like Hamill, we’re also a little bummed that the “Last Jedi” release date means the conspiracy theories (and Hamill trickery) are going to end, though as one fan noted, the actor doesn’t necessarily have to cease his mischievous antics entirely.

I’m sure you’ll find ways to troll us even AFTER its release. 😂

“Star Wars: The Last Jedi” is due in theaters on December 15.