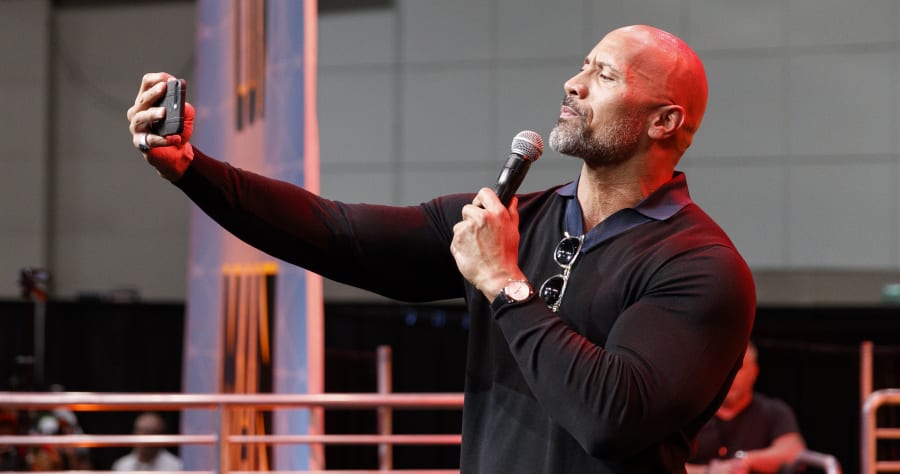 It’s almost time for People magazine to name its Sexiest Man Alive for 2017, but Dwayne Johnson, the winner of the 2016 title, wants fans to know that he’s not giving up his post willingly.

In a (tongue in cheek) post on Twitter, Johnson shared a People retrospective story looking back on his reign as 2016’s Sexiest Man Alive. But before another beefcake can be crowned this week, the actor had a message for his followers — and a shout-out to his buff bod.

Let’s all just take a moment to recognize @people‘s Sexiest Man Alive will always be the 6’5 260lbs of tattooed brown eyed soul. And clearly there’s lots of steamy cheese on this pizza I’m serving. That is all. Let’s get back to work. https://t.co/Dw0lBt84JN

” … [C]learly there’s lots of steamy cheese on this pizza I’m serving,” the actor added. “That is all.”

People is set to reveal its replacement for Johnson later this week, and some gossip outlets have speculated that their choice will probably be Blake Shelton, thanks to his buzzy new album and his stint on NBC’s “The Voice.” Whoever it is, the magazine clearly still has lots of affection for Johnson, responding to The Rock with a pair on emoji that sum up most fans’ feelings for the actor in a nutshell.

Stay tuned for People’s announcement of the 2017 Sexiest Man Alive sometime on Tuesday.