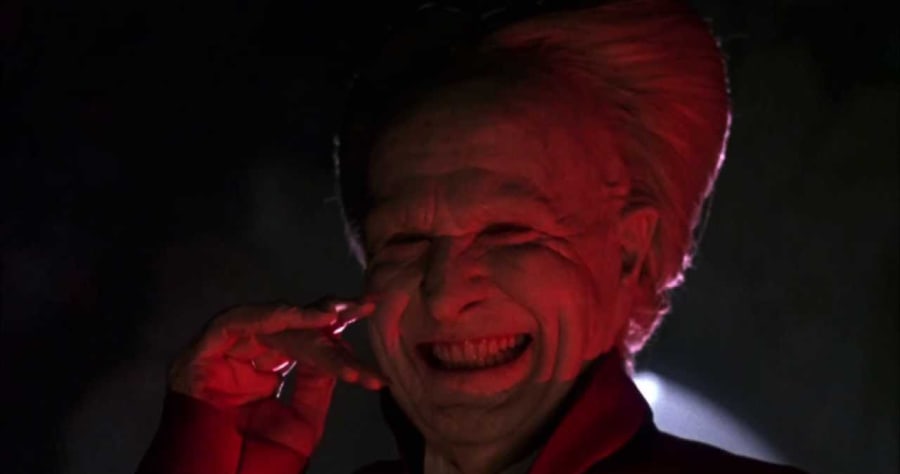 We take it for granted now, but it must have seemed positively ludicrous at the time for Francis Ford Coppola — a man who had made a name for himself with “The Godfather,” “Apocalypse Now,” and moody thrillers like “The Conversation” — to tackle something like “Bram Stoker’s Dracula.”

A faithful and old fashioned retelling of the classic novel, it was Coppola at his most wildly unhinged and experimental, but also at his most populist and entertaining. It’s a brilliant, frequently breathtaking film that borders on masterpiece status, and on its 25th anniversary, worthy of appreciation and discussion.

Here are nine things you might not know about the blood-soaked favorite.

1. It Was Winona Ryder’s Idea 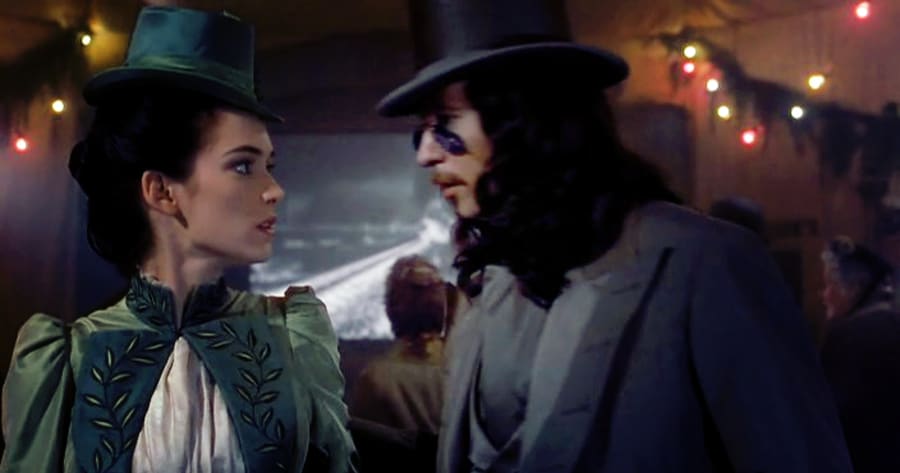 The script, by James V. Hart (who would go on to write “Contact” and, um, “Muppet Treasure Island“) was brought to the attention of Coppola by Winona Ryder, who met with the director to clear the air after her eleventh hour abandonment of “The Godfather, Part III.” (That debacle, which forced a production delay and led a bewildered Coppola to substitute his awkward and unprepared daughter for the Ryder role, is a “Things You Didn’t Know” unto itself.)

Coppola was pondering an adaptation of Jack Kerouac’s “On the Road,” when Ryder nudged him towards this material. Thankfully, Coppola bit.

2. Coppola Wanted It to Be Super Sexy 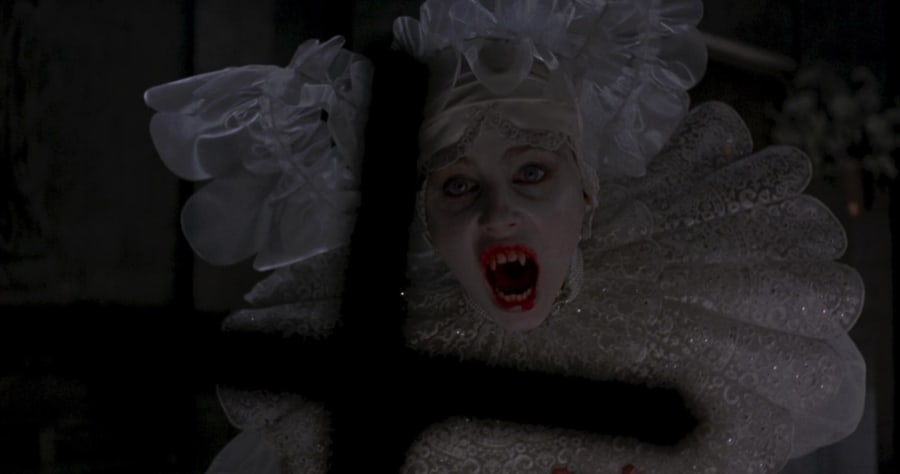 3. It Was Something of a Redemptive Moment for Coppola 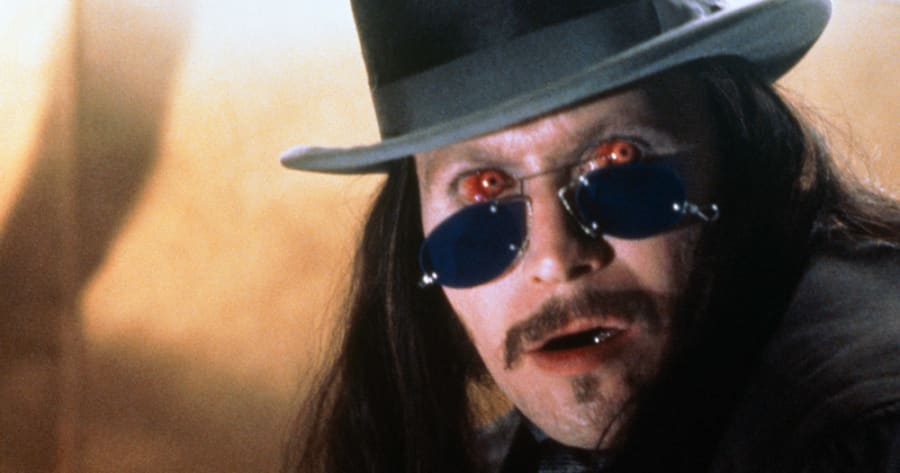 It’s hard to remember what a crucial time “Dracula” was for Coppola; he was following a string of critical and commercial duds that ranged from the epic misfire “One from the Heart,” to more modest failures like the severely under-appreciated “Tucker: The Man and His Dream.”

His company, American Zoetrope, once a hotbed for young creative talent wanting to push the limits of the status quo, was blinking on the edge of bankruptcy. “The Godfather, Part III” had made money, but paled in comparison to the earlier installments. “Dracula” was a chance to make a movie for a big studio on time and on budget, and that’s what he did.

Coppola was “particularly concerned to prove that he could be a good citizen in terms of his responsibility report card,” said Mark Canton, chairman of Columbia Pictures, at the time. Ways of mitigating the possibility for cost overruns was shooting on soundstages at Sony Studios (where adjacent productions were confused about the literal rivers of blood flowing through the lot) and giving Canton weekly progress reports assuring him that all was well.

4. Keanu Was Hired Because Hollywood 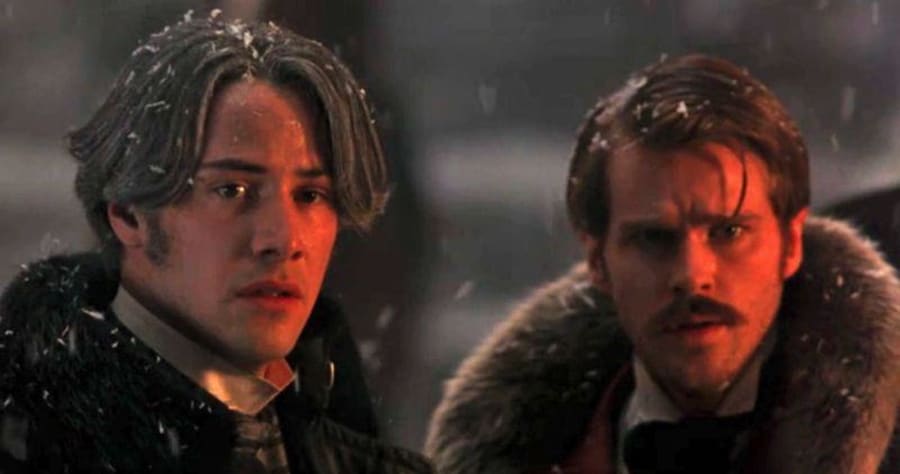 If you’ve ever wondered why poor Keanu Reeves, so pretty and so young, can be seen struggling through a British accent in “Dracula,” well, it’s because they needed a big star and pretty much everybody else was busy. Coppola admitted trying to get a “matinee idol” for the role because “it isn’t such a great part.” Clearly, everybody else was busy.

5. The Costumes Were Literally Everything 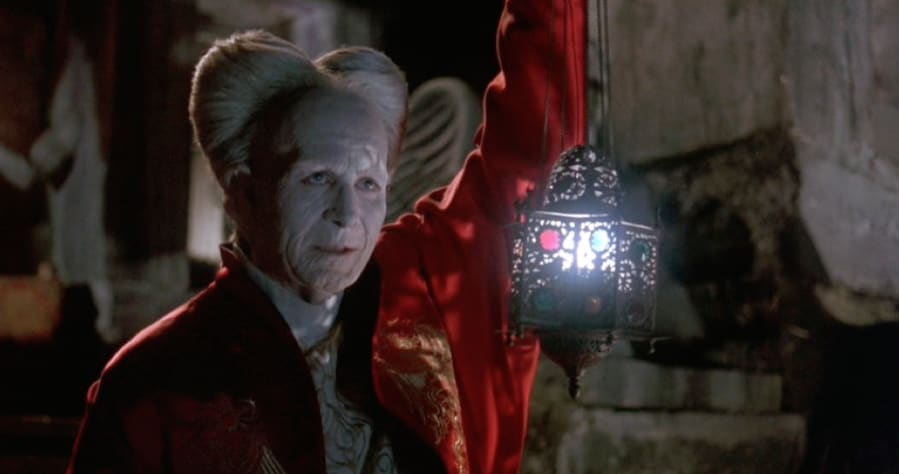 More money was spent on the wonderfully offbeat costumes in “Dracula” (by designer Eiko Ishioka) than on the actual sets. (The costumes had their own lavish coffee table book called “Coppola and Eiko on Bram Stoker’s Dracula.”)

Some of them were inspired by artists like Gustav Klimt, with Coppola insisting that the costumes were the “jewels” of the production. And, like jewels, they needed to be properly displayed, draped over handsome young actors. When a new deluxe edition Blu-ray for the film was issued, one of the documentaries was entitled, “The Costumes Are the Sets.” 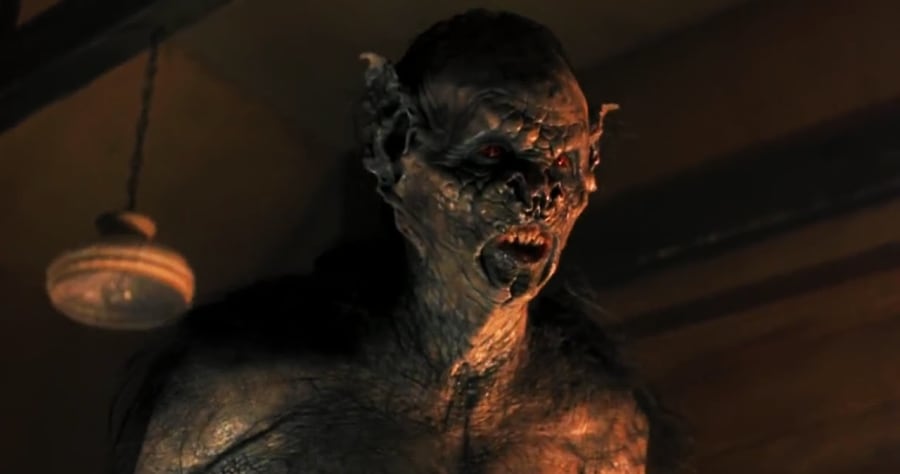 While Coppola might have been a more responsible filmmaker on “Dracula,” that doesn’t necessarily mean he was done with his quirks. Coppola fired noted production designer Dante Ferretti six weeks before production began and hired a young “nobody” (in the words of Entertainment Weekly).

He also insisted on that almost all the visual effects for the film be achieved using antique methods. (Coppola’s son, Roman — who would go on to become an influential director in his own right — worked on many of the effects.) A big talking point when the film was released was that the effects could have been accomplished by the production of the 1931 Bela Lugosi “Dracula.”

7. Coppola Made an Animated Version of the Movie Beforehand 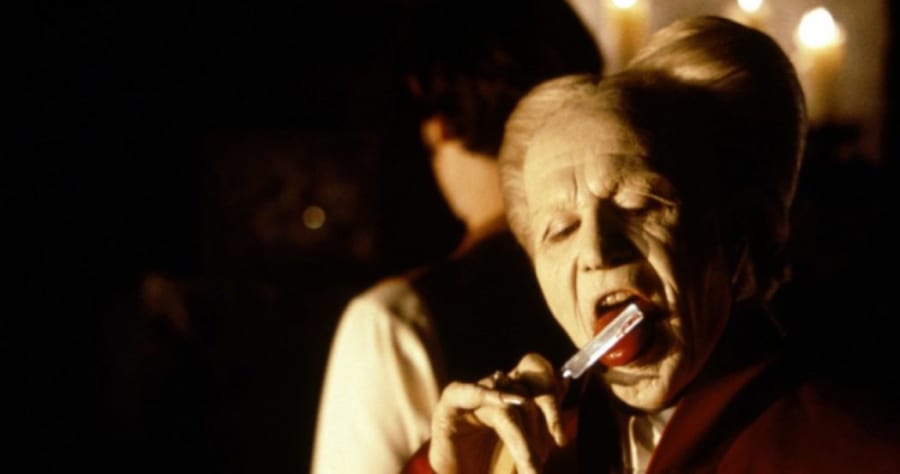 To give his collaborators an idea for what he was going for, Coppola assembled an animated version of the film comprised of illustrated storyboard, pieces of inspiration (like moments from the French version of “Beauty and the Beast“), and other designs.

Edited together, Coppola felt he could give an aesthetic and tactile glimpse into what he was going for with his throwback-y feature. (Some of this could be seen in various home video releases for the film, beginning with a loaded Criterion Collection laserdisc.)

8. Nobody Thought the Movie Was Going to Be a Hit 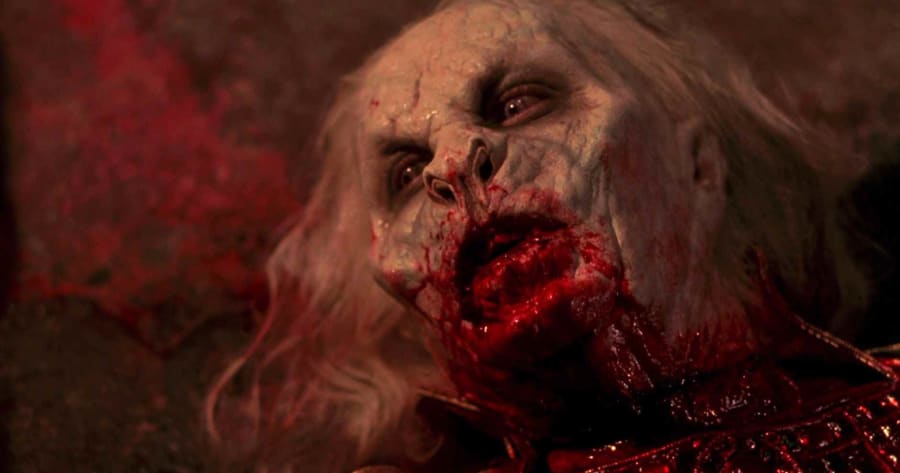 Bad press besieged “Bram Stoker’s Dracula,” like many of Coppola’s films. Much had been made about Ryder and Gary Oldman‘s shared animosity, while other reports had test audiences throwing up from the movie’s graphic content (untrue).

Further rumors had the movie being reshot just weeks before it was scheduled for release, although the castle that reporters saw rising into the sky on the Sony Studios lot was for an Arnold Schwarzenegger film that ended up never happening (Paul Verhoeven‘s incredible-sounding “Crusade”). In fact, there was even an insider-y nickname for the film: “Bonfire of the Vampires,” named after “Bonfire of the Vanities,” Brian De Palma‘s famously unpopular adaptation of Tom Wolfe’s novel.

Instead, “Dracula” ended up being a huge hit, opening at #1 and ending up as the fifteenth most profitable film of that year, grossing more than $82 million in America.

9. There Was a Bunch of Awesome Merchandise 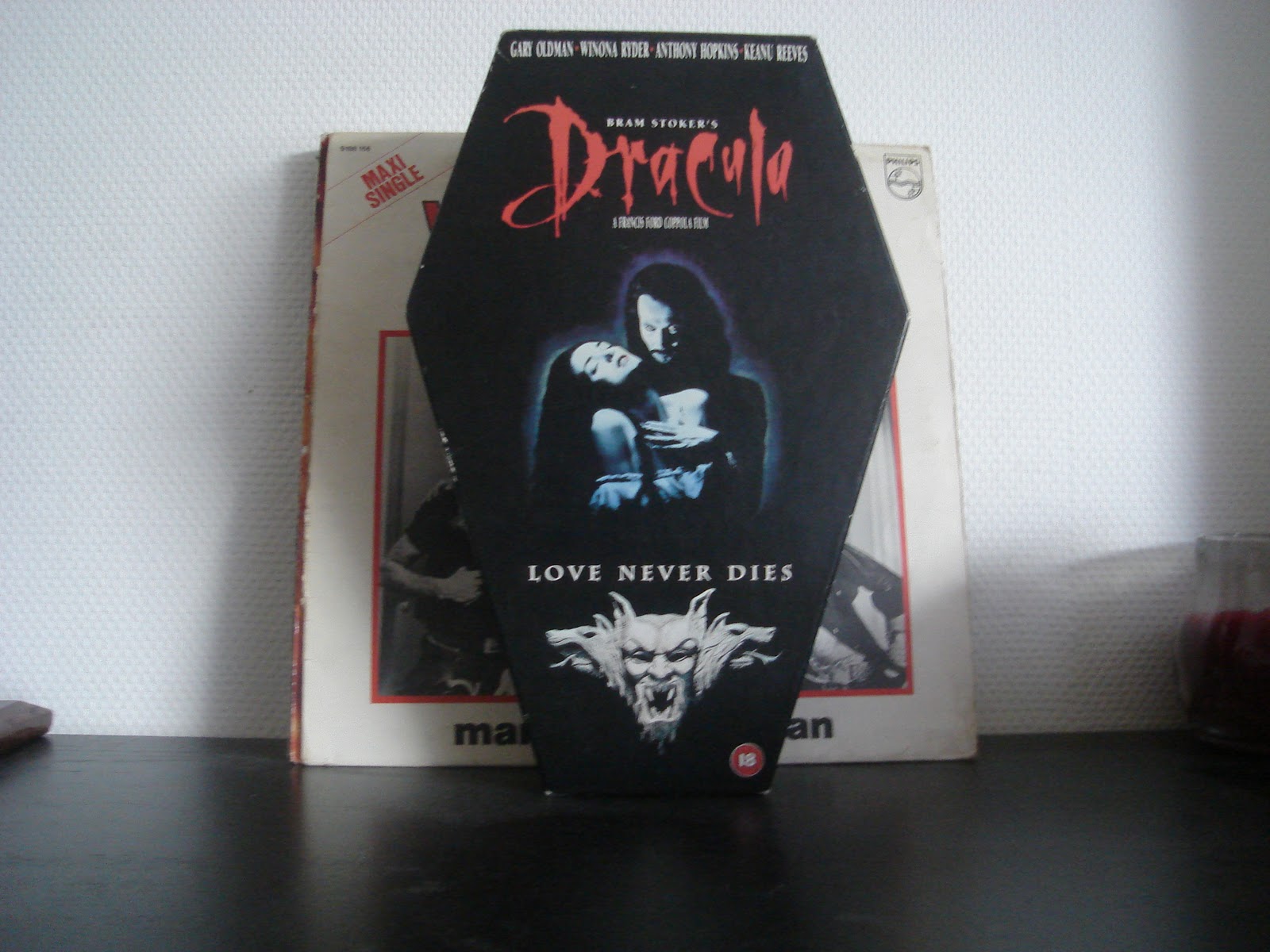 “Bram Stoker’s Dracula” was released during a time when kick-ass merch could still be produced for R-rated movies. Among the very awesome tie-in materials was a comic book written by the legendary Roy Thomas (a brilliant editor and Stan Lee’s successor at Marvel) and illustrated by future “Hellboy” creator Mike Mignola.

Fans could also get their hands on a fairly challenging (but poorly received) videogame — released for Nintendo, Super Nintendo, Game Boy, Master System, Genesis, Sega CD, and Game Gear. There was also a pinball game, lifelike replicas of the movie’s iconic weaponry, and, of course, the truly unforgettable coffin-shaped collectible VHS release (above).