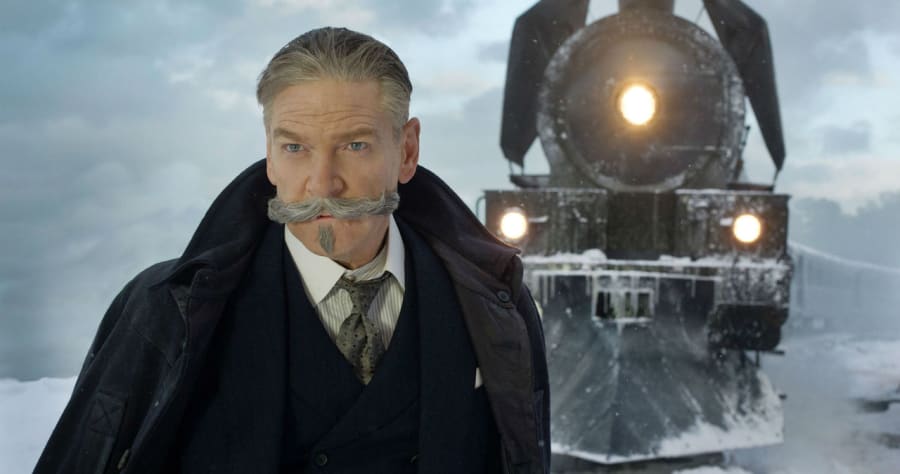 Is the Great Box Office Slump of 2017 finally over?

Looks like it, based on this week’s fiercest competition, which was actually the race for second place. “Thor: Ragnarok” easily repeated at No. 1; even after losing 54 percent of last weekend’s premiere business, it still ended up with $56.6 million.

The surprise was that the contenders for No. 2, Will Ferrell comedy sequel “Daddy’s Home 2” and Kenneth Branagh‘s all-star Agatha Christie remake “Murder on the Orient Express,” both did much better than expected. Pundits had predicted openings in the high teens or low 20s at best, but “Daddy’s Home” wound up debuting with an estimated $30.0 million, with “Orient” not far behind with $28.2 million.

How did these two movies beat the odds? Here are some of the factors.

1. Audiences Want Comedy
There hasn’t been much to laugh at this year, in or out of the movie theater. Viewers are starving for a good comedy, but they haven’t seen much this year that made them laugh. A long string of supposedly sure-fire R-rated comedies failed this summer (notable exception: “Girls Trip“). Last week‘s modest numbers for the opening of “A Bad Moms Christmas” suggested that the raunchy comedy subgenre still has a little life left in it; this weekend, the movie lost just 31 percent of its debut audience and earned an estimated $11.5 million, good for fourth place. “Daddy’s Home” arguably had even broader appeal, from a bigger-hit original (2015’s “Daddy’s Home” earned $150 million), with bigger marquee names (Ferrell and Mark Wahlberg) and a PG-13 rating. It still opened about $9 million behind the original, but that film opened on Christmas Day. For a non-holiday weekend, $30 million is an opening worth celebrating.

Of course, some might argue that the funniest movie currently playing, and the one that most primed audiences to come back to the multiplex and laugh, is “Thor Ragnarok.” And that brought in all the gold.

2. Branagh Connected
“Orient” seemed like a hard enough sell. What could be less trendy than a period Agatha Christie mystery, set aboard a luxury locomotive (“Luxury train travel? What’s that?” asked everyone under the age of 60), that was a hit movie way back in 1974?

Paradoxically, it was the “Thor” series, Branagh’s biggest competitor this weekend, that revived his directing career and made “Orient” possible. He successfully launched the Marvel mini-franchise with 2011’s “Thor,” which led Disney to entrust him with its live-action reboot of “Cinderella,” which also became a smash. That gave him the freedom to remake “Orient” and even to cast himself and his massive shaving-brush mustache in the lead role. Outside of those two movies, “Orient” marks the biggest opening of Branagh’s three-decade career. Critics may not have thought much of the film, but audiences responded to his blend of panache, class, and wit, as well as his sense of fun.

3. Rotten Tomatoes Scores
Speaking of the critics, they didn’t rave about either of this week’s new wide releases. “Orient” earned a score of just 58 percent fresh, while “Daddy’s Home” got a dismal 16 percent. Nonetheless, both proved to be the kind of escapist fare audiences have been seeking, with paying customers giving “Daddy’s Home” an A- and “Orient” a B at CinemaScore. Both films also helped prove, as have many movies in recent months, that Hollywood’s alarm over Rotten Tomatoes’ supposed power to quash sales with low scores is misplaced.

The older audience, the group that still supposedly reads critics, wasn’t deterred by the lackluster reviews this weekend. Exit polling showed that 84 percent of “Orient” viewers and 65 percent of “Daddy’s Home” viewers were 25 and over — even though the PG-13 comedy was designed to appeal to families. Maybe mature viewers have been so starved for adult-friendly movies in recent months that they were willing to overlook the flaws that irked the critics.

Indeed, Oscar-hopeful season finally seems to be kicking in with last week‘s release of “Lady Bird,” which opened extremely well in limited release. This weekend, even though it’s playing on just 37 screens, the Saoirse Ronan coming-of-age dramedy cracked the top 10, coming in tenth with an estimated $1.2 million, which averages out to a stunning $33,766 per screen. (Compare that to about $8,400 each for “Daddy’s Home” and “Orient.”)

“Lady Bird” joins a slate of current grown-up offerings that includes “Blade Runner 2049” (still hanging in there on 863 screens and finishing eighth this weekend with an estimated $1.4 million), the R-rated “Bad Moms Christmas,” “Orient,” “Daddy’s Home,” and even “Ragnarok,” which has drawn most of its audience front the over-25 crowd. So there are plenty of incentives to draw adults back to the theaters now, and it’s the grown-ups you can thank for helping bring the long slump to end.